Hit enter to search or ESC to close

About the host couple

Birthe and Tage Gammelgaard took over the campground in March 2015, thus fulfilling a long-standing dream. The couple were looking for something new

It was precisely a campground that lay at the top of their list of future wishes. They are both very pleased that it turned out to be Vedersø Klit Camping, both because they see great potential in the campground and at the same time they enjoy themselves in West Jutland. There ought to be time to talk with the guests. One of the explanations of why they have dreamed of a campground is that they appreciate dealing with people. That’s why they think time should also be spent greeting the campers and look forward to when old regulars, as well as new campers, arrive when the campsite opens for a new season.

The couple originally come from the Vinderup district, where Tage was the handyman at Ejsing School until 2002. Since then, he has run the company Blaabjerg Trampoline near Varde. In this role, he had close contact with many campgrounds throughout Denmark, where he supplied inflatable bouncy cushions and jumping castles. Birthe is originally educated in sales, but has worked for the last 25 years with children. They are looking forward to doing activities with both children and adults.

Birthe and Tage have 3 adult children and 5 beautiful grandchildren, who will often be found at the campground.

An Island West of Jutland

Vedersø Klit actually once lay atop an island west of Jutland. If you look at the oldest maps with a reasonably reliable representation of the area, we go back to around 1550 where the Dutchman Cornelis Anthoniszoon published a map including Jutland. Here, there are a number of islands along the west coast on the map, including the islands Føhr, Amrum, Sild, Rømø, Manø and Fanø we know from South Jutland today. But then there are two more islands– Uthoe and Numit. Uthoe presumably later became a part of Blåvands Huk, while the island of Numit – or Numet, as it’s called in later maps – has become a part of the coastline – and on the island Numet emerged Vedersø Klit. The other map from 1680 is by Ionannes Lanssonius. Common to both maps is that they are intended for seafaring, so they include the features of the coast that could be useful to foreign traders and cities and entryways.

North of “Numet Country” lies an entryway at Torsmyd (Thorsminde), and within lies Vosborg and Nissum. Further down comes Husby, Timgaard and Ringkøbing. Here, it still appears as though it’s clear sailing in at Thorsminde and in to Ringkøbing. This has also been possible once, but already around 1560 the movement of sand closed this sailing route. A canal was dug – “Staby Kast” – but it could only transport smaller, flat-bottomed boats.

In 1650, Johannes Mejer drew a map of Denmark. Here, the island of Numet is clearly landfast at Husby. Part of the difference between the two maps is likely because the Dutchman needed the map to sail to and from Denmark, while Johannes Mejer’s map is also a map for Frederik III displaying his kingdom. In any case, there is greater local knowledge within the countryside. If we go further to the south on Mejer’s map, we can see that at several points Holmsland Klit is penetrated by the sea, and that it does not yet reach the south-end of Ringkøbing Fjord.

Along large parts of Numet there is water within, but according to the sources there is so often low water that one can walk or transport across, for example from Søndervig to Holmsland – the lowest large island before Numet, and further in between Holmsland and Ringkøbing it’s possible to go over Vonå. The large wetlands were often temporarily flooded, and the only stable connection is out by Vedersø Klit, located in the corner of the fjord, where Numet is landfast.

Over the centuries, sediments have been deposited in the fjords within Numet, and the North Sea has deposited sand on the outside, so the opening south of Numet has moved further down the south-end of Ringkøbing Fjord and eventually it closed at Nymindegab. At times, the opening at Torsminde also closes, thus, forming the coastline that we know today.

With the North Sea as nearest neighbour to the west, ship strandings have had a special influence on live in Vedersø Klit. For many years, the beach was guarded day and night by beach guards. The reason was that the west coast and its sandbars have always been feared by seafarers. The sandbars create turbulence and currents that are dangerous –to ships and swimmers alike. Another problem for seafarers was that there were no possibilities to find shelter from the wind on the west coast in the event of a storm or hurricane from the west. The harbours were not yet established, and the water depth was too low for the ships to be able to sail into the fjords. This meant that many ships quite simply got pushed up against the beach and capsized. In Vedersø Klit, much was done to prevent such catastrophes. Bonfires were lit in the dunes or on the beach if the beach guard determined that a ship was on its way towards the coast. Nevertheless, there have been numerous shipwrecks, and the rescue service often saw action. It has saved many sailors. In addition, many different shiploads were brought onto land from the stranded ships. In the last 150 years or so, over 300 strandings have been rescued at Vedersø Klit, and another 131 strandings were rescued via a rocket apparatus from the rescue station in Vedersø Klit. It succeeded not least because of its capable and brave rescue crews, often composed of fishers and farmers. They courageously threw themselves out into the waves with the rescue boats in the event of a stranding, well-aware that it was very dangerous. Along Jutland’s west coast alone, 44 rescuers died between 1856 and 1979 during shipping accidents. In the book, you’ll find much more about the strandings in Vedersø Klit over the years.

The History of Kaj Munk’s Parsonage

The beautiful park at Kaj Munk’s Parsonage hides its own history. Planting had begun in the beginning of 1800, and since then each new priest has left a personal touch. The park mainly consists of lush deciduous trees, which grow vigorously despite the harsh West Jutland weather. Kaj Munk has also placed his touch on the park with the blue anemone, which he brought from his hometown in Lolland. He also established a canal in order to be able to sail direct from the garden and into Nørresø. The flag mound is the result of the excess earth from the canal trench.

One of Vedersø Klit’s most well-known structures is the red-painted navigation mark in the dunes. It is especially known locally, and something that all visitors remember as something special. It may be one of the most harmonious and beautiful navigation marks along the west coast. In the fall of 2007, the navigation mark was in danger of falling down onto the beach. Only a few meters of dune needed to disappear before the navigation mark would tip down onto the beach. A private group of locals took initiative to save Båken by moving it a little further inland. An initiative that has paid off – today, Båken still stands as the proud landmark over Vedersø Klit. 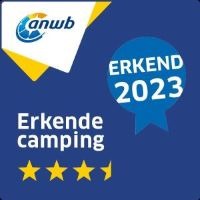 Keep an eye on our calendar and see which activities are held while you are on holiday.

What do our guests say?

Cookiepolitik
Vi anvender cookies
We use technologies like cookies to store and/or access device information. We do this to improve browsing experience and to show personalized ads. Consenting to these technologies will allow us to process data such as browsing behavior or unique IDs on this site. Not consenting or withdrawing consent, may adversely affect certain features and functions.
Manage options Manage services Manage vendors Read more about these purposes
Se præferencer
{title} {title} {title}